Dwayne “The Rock” Johnson signed to be an Under Armour athlete late last year, and now he’s finally getting his own signature shoe.

The Rock shared a preview look on his Instagram page on Friday, where he debuted the prototype for his new Under Armour sneaker.

“Just know that I put in a year of sweat equity,” he explained in the video, while giving us a first look.

The shoe comes dressed in an all-Black upper with motivational phrases on the tongue that read “Earn It” on one shoe, and “Blood, Sweat and Respect” on the other.

According to The Rock, his first Under Armour signature shoe will be releasing early 2017. Check out the video below and let us know what you guys think in the comments section.

EXCLUSIVE SNEAK PEAK: It's a good day in footwear. Big s/o to my boy @stephencurry30 for sending me pairs of the new #CurryLux's. Dope color ways in suede and leather. Droppin' Aug 13th! Aaaaand FINALLY.. what the world has been waiting for.. a lil' shoe we'll call #RocksFIYA for now, 'cause you'll chase your greatness in them by the only way we know how.. EARNING IT. Been training in these beasts for a year now so by the time they drop to you at the top of 2017 – you'll know I've given my blood and sweat in them and kept it ?. And one more thing.. they're slightly aggressive. As alphas are.? Blood, sweat and respect. First two we give, last one we earn. #CurryLux #RocksFIYA #GoodDayInFootwear #UnderArmour #BloodSweatAndRespect 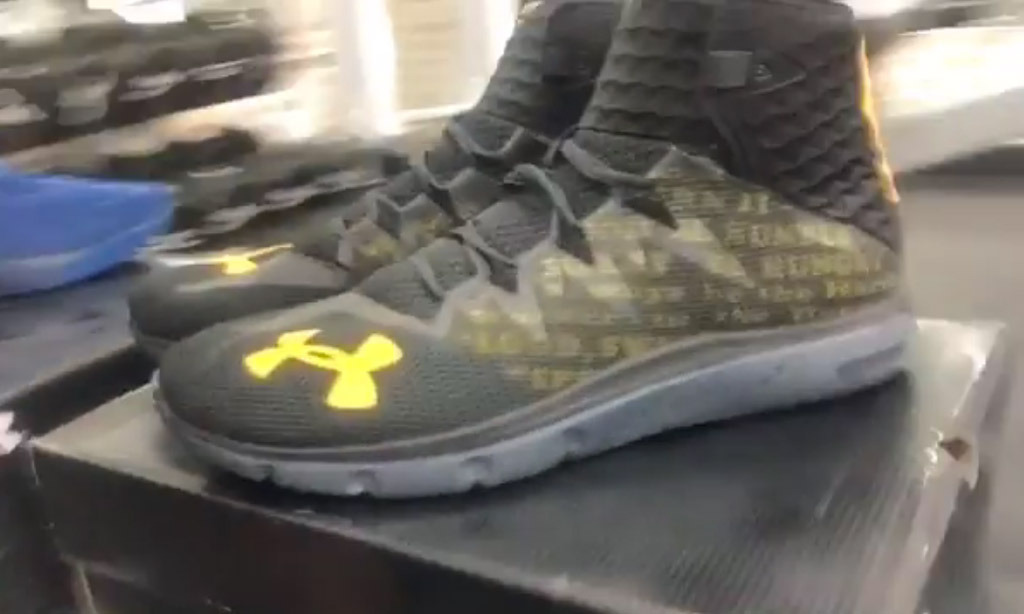