Today, Foot Locker opens its first ever Power Store in the United States. This new location is instantly the largest Foot Locker in the state of Michigan; and will serve as a hub for local sneaker culture, art, music, and sports. And while I can bore you with specs and square footage, I thought I would put a more personal spin to this post. I grew up in the area that this new Foot Locker “Power Store” is located in. In fact, my old high school is right down the street, only two traffic lights away. This new store is absorbing the old one, which is located across the street inside of Eastland Mall. I have so many stories about both the mall and the store. Me and my friends used to head to Eastland every day after school. This was the late 90’s, early 2000s, when hanging out at the mall was still fashionable. Everyone would link up at the food court and look for ways to kill a few hours after school. We’d try to holla at some girls, rummage through some CDs at Sam Goody, and then we’d find our way to Foot Locker. Now this is before the internet became as big as it is now, where you have limitless information at your fingertips. The internet hadn’t reached its peak yet. It wasn’t available on every cell phone like it is now. There were platforms like NikeTalk.com, and 23isback.com, where you could find release date information on sneakers. But back then, you would mostly get that type of news either from the people who worked at the store, or in the back of a SLAM magazine.

It was also a time where Jordans released on Wednesdays. I’m not saying I’m proud of this, BUT, I do have fond memories of skipping school to catch the latest Js and trying to sneak back into school without getting caught. It worked the first few times, that is, until more and more people started doing it and teachers would notice that half the students from their first hour class was missing. After that, our principle began patrolling around the mall. I remember when I finally did get caught. It was the release of the “Sport Blue” Air Jordan 6 back in 2000. I used to catch the city bus to school. Ironically enough the end of my bus route was right at Eastland Mall. Even more ironic was that the bus stop was right by the door that led to the Foot Locker inside; which was located on the southeast part of the mall at the time. I remember telling a friend that I caught the bus with, “If anyone asks where I am, just tell them that I lost my keys on the bus, and that I’m looking for them.” I figured that the time it would take him to walk the remaining distance to school would give me time to run in, get my shoes, and hide them in my backpack before the principal, or anyone else, had a chance to make it up to the mall in time to catch me. Plus, it would give me an alibi for being it that area by the mall. I thought I had it all figured out.

Somehow, I’m still alive to talk about it. And even more surprisingly, she let me keep the shoes with no questions asked. (Don’t ask me how I got the money, just know that I got the shoes). Basically, she had a hunch that I was up to no good that morning. And off of sheer instinct, she decided to follow the bus, without me knowing, to make sure I went straight to school. Yep, the good ol’ days.

I have a ton of these stories. But as I look back and reminisce, I take into account everything that’s happened since then. The mall is about a few months away from closing for good. My high school closed and later re-opened as a charter school. Me and those same friends, that I used to hang out with at the mall, have all grown up. Most of us have careers and families. A lot’s changed. But there are some constants. One being Foot Locker’s presence in that community, and the other, my love of sneakers. If all of the ambitious goals Foot Locker has planned for this Power Store are to come true, I look forward to seeing the positive impact it will have on that same community. Walking into the store for the first time, you realize the investment Foot Locker is putting this city. To have a major retailer showcase Detroit themes and Detroit style means something. To showcase Detroit-based brands and apparel, such as Tommey Walker’s “Detroit Vs. Everybody” line. To showcase creatives and entrepreneurs like Rick Williams and his DISTINCT LIFE brand. To showcase collabs by Detroit artists like Icewear Vezzo’s PUMA Specials. Representation means something, even if it is just a sneaker store. Knowing where things were, and seeing where they’re headed, I can’t wait hear what stories are formed by the kids growing up today at this new store; similar in fashion to the ones I created only a decade and a half ago. (Minus the part about skipping school).

So while I might miss how things used to be, it’s time to make new memories, and welcome in the new age of Foot Locker here in Detroit. 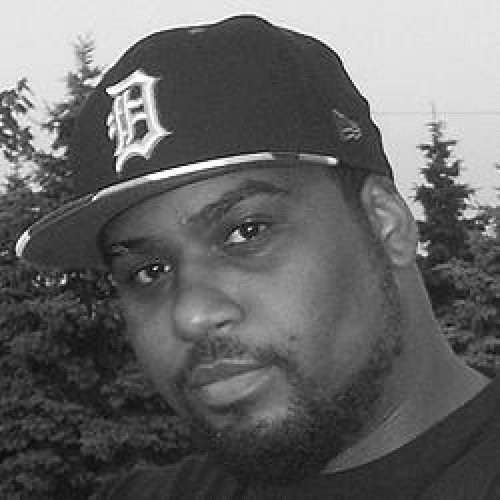