Signature shoe colorways are often inspired by events that have taken place in the player’s life but very few of those releases are as personal as the Nike KD IV (4) “Aunt Pearl” colorway.

Under the signature strap of this Nike KD IV there is an inscription that reads: “In Memory of Aunt Pearl, who inspires us all to continue the fight for a cure.” The shoe consists of a mostly Pink synthetic upper and a Pink rubber translucent sole. The heel, tongue, and underside of the strap are all stylized with a pearl pattern. The tongue also includes the upside down Pink Ribbon which is the logo of the Kay Yow Cancer Fund, founded by Ms. Yow who was the longtime coach of the NC State women’s basketball team before she lost her two decade battle with breast cancer in 2009. The Nike swoosh and Kevin Durant brand logo on the heel are Black.

Let us know what you guys think in the comments section. Where do these rank amongst your favorite “Aunt Pearl” Nike KD releases? 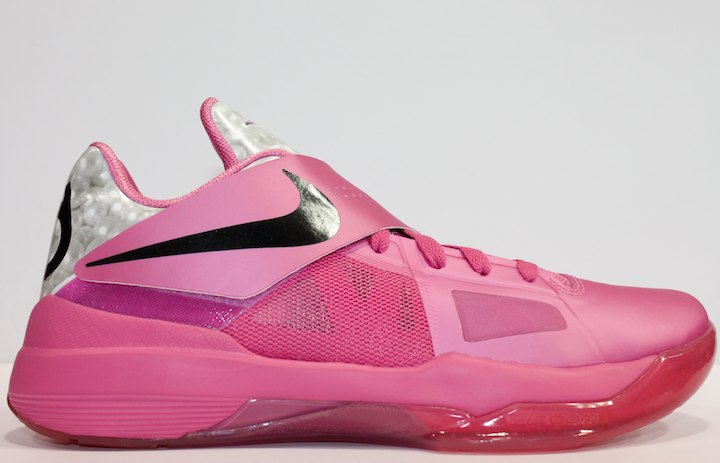