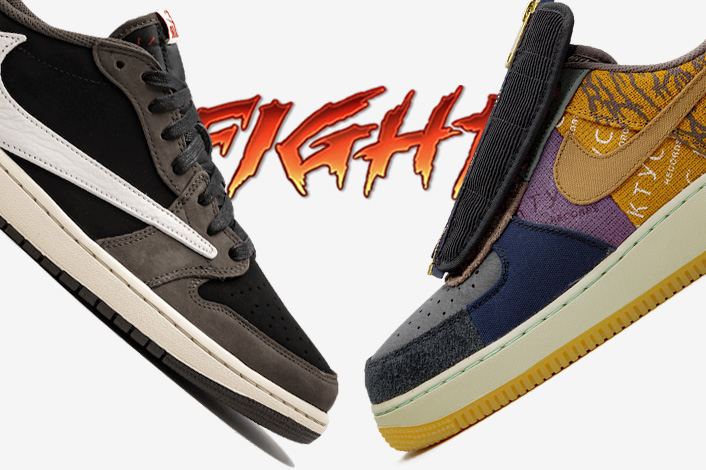 Travis Scott has had an amazing 2019, which included a collaboration with Jordan Brand as well as releasing his own Nike Air Force 1.

One of the Jordan Brand releases was an Air Jordan 1 Low that featured a reverse Swoosh and Cactus Jack logos constructed in premium nubuck with Black and Brown tones. Red accents are seen on the tongue tags, embroidered heel logos atop a Sail midsole.

The Nike Air Force 1 pays homage to the community that helped cultivate his hustle and the creativity inspired by his trips to Astroworld. The shoe is a patchwork of elements, reflecting things from his upbringing—like the durability of traditional work clothing, natural tones associated with being outdoors, and the surreal vibes of Astroworld.

Check out both Travis Scott releases, and let us know which pair was better by casting your vote below.