Look for the Off-White x Nike Air Force 1 Low “University Blue” to release this June 2019 at select retailers. The retail price tag is set at $150 USD.

UPDATE: Virgil Abloh’s Off-White x Nike Air Force 1 “MCA” will release at ComplexCon Chicago, which is held on Saturday, July 20th and Sunday, July 21st at the McCormick Place convention center. You can scoop up your tickets and get more info here. 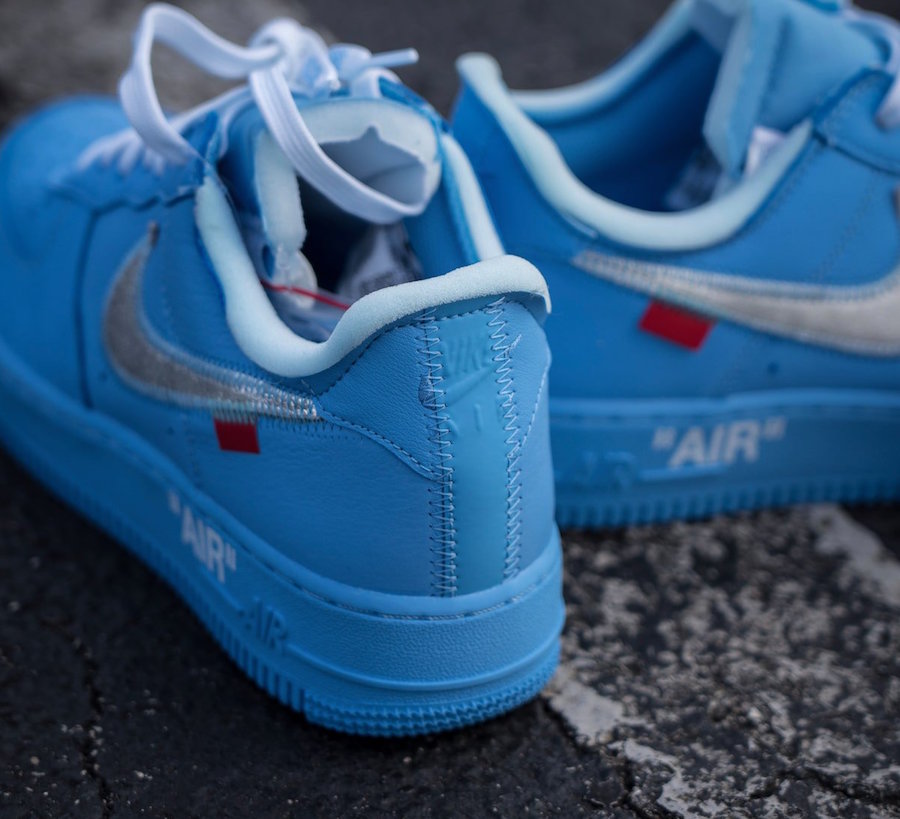 UPDATE: Nike releases official photos of the “MCA Chicago” Off-White x Nike Air Force 1 Low. A release date has yet to be announced. UPDATE: While having connections to Virgil Abloh’s “Figures of Speech” exhibition at the Museum of Contemporary Art Chicago, this Air Force 1 will not be released during the event on June 10th. Instead, there will be a US-exclsuive release set to take place on Frenzy and SNKRS in the coming weeks. You can currently enter a raffle from Empty Gallery here. Stay tuned for more updates. UPDATE: Ahead of its rumored release, Virgil Abloh gifted Serena Williams her very own pair of the Off-White x Nike Air Force 1 Low in its upcoming “University Blue” colorway. A launch is currently scheduled for sometime in June, with proceeds going towards the Museum Of Contemporary Art in Chicago. UPDATE: According to @py_rates, the Off-White x Nike Air Force 1 Low “University Blue” will release this June in mens and grade school sizing to commemorate Abloh’s exhibition at the Museum of Contemporary Art Chicago.