LeBron James’ Nike LeBron 8 is expected to make its retro return later this year in this “Gym Red” colorway, along with plenty other upcoming releases in 2021.

Dressed in a Gym Red, Cucumber Calm, and Black color scheme. This LeBron 8 features a Red upper paired with a Black Swoosh on the heel atop a glow-in-the-dark outsole.

Look for the Nike LeBron 8 “Gym Red” to release late 2020 at select retailers and Nike.com. Stay tuned for more updates.

UPDATE 10/29: Nike releases official photos of the Nike LeBron 8 “Gym Red” that’s part of the “Beijing Pack”, which could see a solo launch later this year. 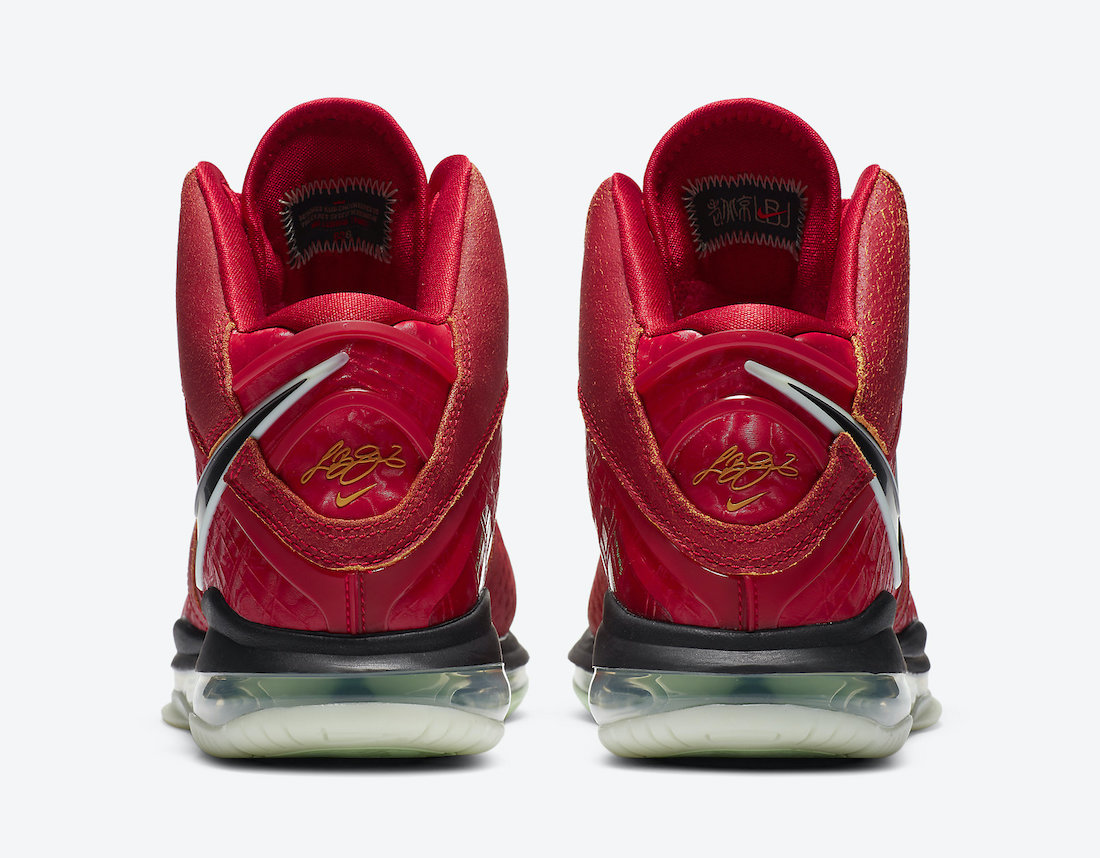 UPDATE 10/16: Thanks to weocia, we now have word that the Nike LeBron 8 “Gym Red” will be part of a China-exclusive “Beijing Pack” alongside the “Empire Jade” LeBron 18. The shoes come in a China-themed packaging limited to only 600 units available. As of now, no release details were provided, but this Nike LeBron 8/18 Pack will release exclusively in Beijing.