The Nike Air Huarache Drift is officially set to debut later this month. Nike has plans to release a dozen of color options for the early months of 2018.

One of those releases will include this Black and Volt colorway. Its entire upper is done in Black while Volt covers the toe area, tongue, insole and also soon on the outsole. Giving the shoe a nice contrast is its White midsole. One of the signature features includes its detachable clips to be worn on or off to give the lacing system a more stylish design. 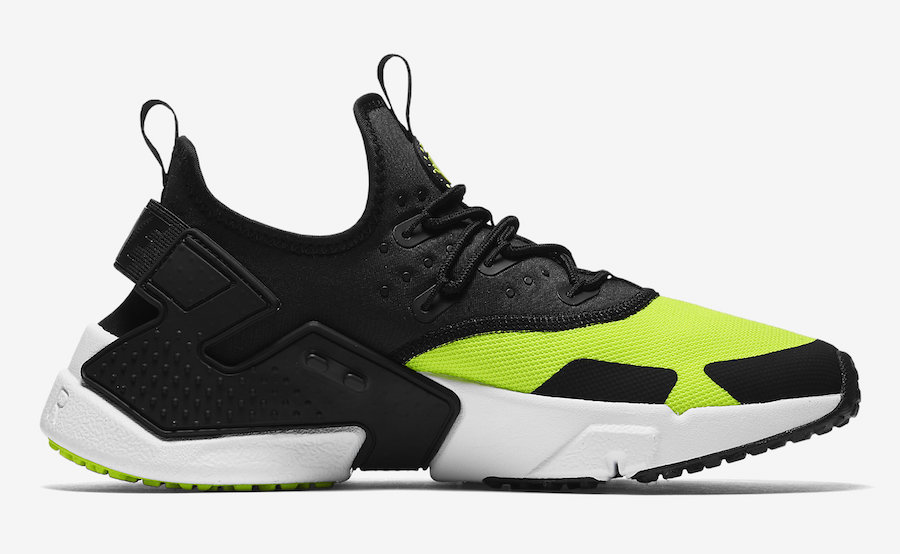