Jordan Brand will be releasing another UNC-themed Air Jordan as part of their All-Star Weekend celebration. This time, the shoe receives a familiar “University Blue” colorway.

Dressed in a White, Midnight Navy and University Blue color scheme. No leaked photos have surfaced, but this Air Jordan 9 will look similar to the original pair that released back in 2010.

Look for the Air Jordan 9 “University Blue” to release on February 9th at select Jordan Brand retailers. The retail price tag is set at $190 USD.

UPDATE: This upcoming “UNC” Air Jordan 9 will come dressed in a similar style as the 2002 “Blue Pearl” Air Jordan 9 Low and not a fresh take on the “Powder” colorway that was originally rumored to be. Inspired by Michael Jordan’s Carolina roots and the host city of the 2019 NBA All-Star. 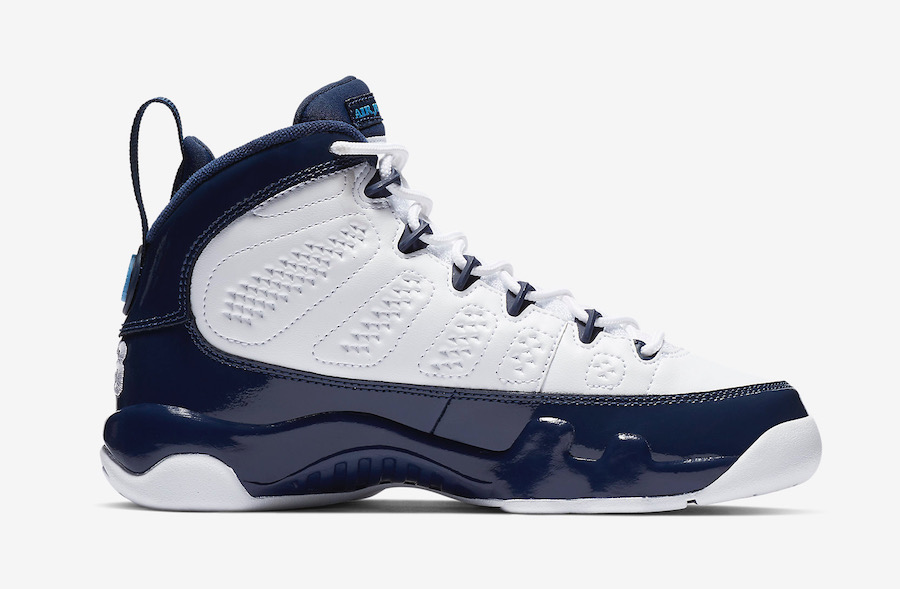