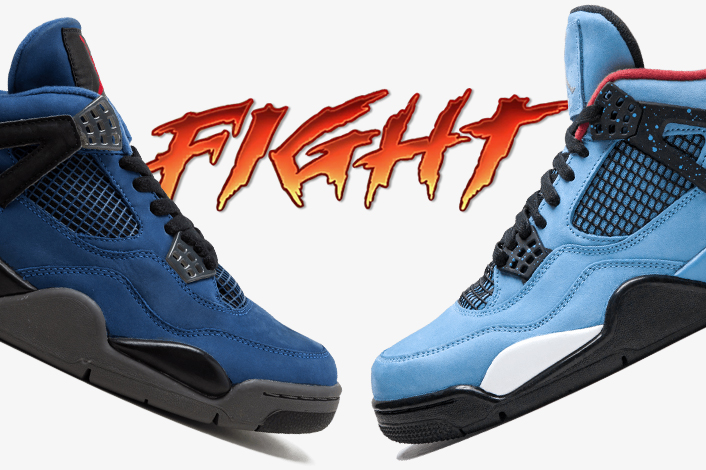 Jordan Brand has hooked up with Eminem a few times on the Air Jordan 4, but most recently they’ve teamed up with Travis Scott to launch his “Cactus Jack” Air Jordan 4.

One of Eminem’s Air Jordan 4 to release was the “Encore” edition limited to only 50 pairs that were given to Eminem’s friends and family to celebrate his 2004 album Encore.

The Travis Scott x Air Jordan 4 was inspired by the team colors of his favorite football team growing up, the Houston Oilers. The shoe released to the public highlighted with Scott’s “Cactus Jack” logo on the let heel tab.

From Detroit to Houston, which collaborative Air Jordan 4 do you think was the better colorway? Cast your vote below and leave your thoughts in the comments section.